We’ve heard the expression “don’t drunk text.” But have you ever heard anyone say “don’t text angry?” It’s the truth. When you are angry, you are more likely to tell the “truth,” however it will be off the cuff, blunt, possibly hurtful and not accomplish your ultimate goal. When you are feeling angry, it’s best to hold off texting, wait until you’ve calmed down and then reassess the situation. Unfortunately, 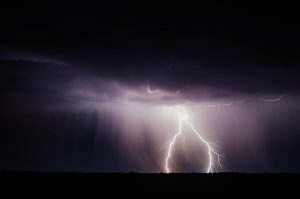 I don’t take this advice as much I as I should. When I get angry, I let that anger out via text to the person I am upset with. Even though these feelings are true and real, it isn’t productive to unleash them on others. It’s better to journal or even eat your feelings if you need to. Whatever you need to do to release that anger in a healthy and cathartic way, do that.

When you text angry, you might say things that are unnecessarily hurtful when there are other ways to handle situations that are more productive.

The problem that I have is that I am an incredibly kind person until you cross that boundary with me. When you disrespect my feelings, lie to me or make me feel small, my anger comes out. I hate being lied to more than anything in the universe. It makes me feel like my feelings, my truth, doesn’t matter. That triggers me and makes me experience a high level of anger. Once that boundary is crossed I find it hard to pull myself back from that state. I think it’s because when people have lied to me in the past it has cut me deeply. If I find out that you’re lying to me, a switch goes off and I lose it. I don’t know what comes over me, but to me lying is intolerable. I can’t handle being told things that aren’t true.

Recently, I was lied to and I got extremely angry. The lie was extremely obvious and though I pointed it out the person refused to admit that they were lying, which I actually understand. When you’re caught telling a lie, it’s embarrassing, humiliating even, and makes you feel a level of shame that’s palpable. Though I get it to an extent, even if I were caught in a white lie, I would confess to lying. It’s not that hard to have humility and admit what you did was wrong. In fact, if someone told me “sorry I lied to you,” and then explained why I would have respect for that level of honesty. If you admit that you did something wrong, whatever that something is, it takes real ovaries or balls to admit that you messed up. It takes a strong person to say that you hurt someone’s feelings. It’s not easy to do that, but if you can it shows an incredible strength of character.

I’m going to struggle with angry texting because I have a hard time experiencing that emotion. I’m working on letting my anger out in a healthy way. It’s going to happen because I want it to. And when I work towards a goal, I achieve it.