Home/Uncategorized/Kindergarten rules can help your marriage
Previous Next

I’ve been thinking about romantic relationships including marriages and how similar they are to being a child in a kindergarten classroom. Here are my thoughts on the topic below.

When we are in kindergarten we learn to share. We are told that it is polite when you are playing with a toy to share with your friend. You can relate this to romantic relationships in adult life. When you guys are sleeping in the same bed you have to share the blanket as much as you don’t want to, you cannot hog it. Well, you can but your partner will be annoyed.

in kindergarten we are taught we have to take turns. So maybe it’s Jack’s day to hand out the snack and it is Liza’s day to be the meeting helper. Not everybody can do the same job every day. In a relationship when you’re living together you need to take turns doing household chores. Nobody wants to do the dishes every day and nobody wants to do laundry all the time. It’s fair to take turns with these tasks. It’s less likely that you have a job chart up if you are an adult couple living together but maybe that would help. This is helpful so that it’s very clear whose job is whose.
Here’s the difference between kindergarten relationships: in kindergarten naps, are valued. In relationships, if one person takes a nap the other person sometimes gets mad. Unless of course, you’re napping together then everything is fine. But when you have children and one person is napping too much the other person feels resentment. There is no resentment regarding naps in kindergarten. If your friend falls asleep on their mat, you wouldn’t be angry with them. Well, that’s not entirely true, some kids don’t like napping and they will try to stay up intentionally because they want to play. I experienced this when I taught in kindergarten classrooms as a substitute teacher in New York City. The kids would do anything to avoid napping, which frankly I don’t understand because I love naps.
In kindergarten when two kids have a conflict sometimes the teacher needs to intervene and help them work it out. In adult relationships when two adults have a conflict sometimes a therapist needs to intervene and work it out with them. I remember when I was in school, I trained to be what was known as a conflict manager. I would see kids on the playground who needed help resolving conflicts and help them use “I messages” to talk to each other. “I messages” are when you say “I feel hurt when you call me stupid.” These are things that even a kindergartener can use. They are also often used by adults in therapy sessions. It helps people to stop blaming other people for your feelings. You can communicate how you feel without placing the onus on someone else. You see how similar kindergarten relationships are?
There you have it, that is how kindergarten is so similar to romantic relationships. I need to get better at sharing myself. I do love naps though! 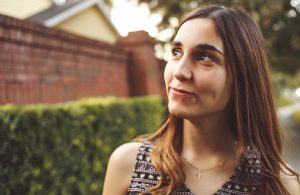