People misinterpret anger often because it is an intense emotion that can sometimes feel scary. Anger can be a productive emotion if used in a proper way. I just used the word “proper,” and I feel British right now. Working through your anger issues can teach you about yourself. I know when I recognize what makes me angry I am able to grow from it. Anger can be misinterpreted as hostility, and these are two different things.

Hostility and anger can occur at the same time, but anger can be there by itself. It is OK to feel angry and it is part of being a human being. However, some people interpret anger as something “bad.” The most important thing is to learn is how to manage your anger without letting it get out of control. Like any emotion, when you are not able to control how it manifests that is when it is problematic. Because anger is so strong and intense it can be overwhelming when we feel that emotion.
Anger doesn’t have to be overwhelming and it doesn’t have to feel bad. Anger can help you work through some serious life issues.
Women who are angry often feel guilty about having that emotion. I struggled with being angry for many years and realize that I do have a right to feel anger and even rage. It doesn’t help to blurt out angry words before you think about what you’re saying. However human beings do this all the time and it’s part of life.
What is best to do when we’re angry? I like to write about my feelings so that I can process what they are and understand them better before I communicate to the other person what they are. I don’t want to say things that I “don’t mean, “ although I’m not convinced that we don’t mean the things that we say when we’re angry, we just say them more passionately and without a filter. Not that I have a filter, to begin with, but you know what I mean.
Managing your anger takes practice and that might mean working with a therapist. I am talking about what makes me angry with my therapist and understanding that helps me to manage my anger better. I don’t want people to misinterpret my angry words and think that I am trying to be unkind. Sometimes I don’t even know why am angry and it freaks me out. This gives other people the opportunity and window to misinterpret what I’m saying and accuse me of being cruel when all I’m doing is trying to figure out why I am so mad.
I wonder if I’m the only person who has this problem. I’m certain I’m not, and I know that everybody experiences anger to a certain degree. But I want to know: do you say things that you do not mean when you’re angry? Or are you saying things that you actually do mean but wouldn’t have the courage to say if you did not have rage in that moment?
Have you ever been misinterpreted when you are angry? What does that look like? What do people think when you are mad? Do you have trouble regulating your anger or do you feel like you have it under control? I would love to hear your thoughts on this. 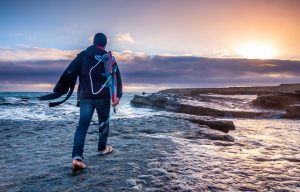