I was talking to my friend Jess, and she is a sensitive person like me. Unfortunately, there is a lack of empathy in our school system. Children are taught to focus on themselves and bettering their academic education. Empathy is something that should be taught in schools so that we can learn to be better human beings and genuinely care about people.

There should be an empathy classes in school. Because the world is a self-absorbed place. Children have the capacity to learn empathy at a rapid rate if we give them the chance. And if we teach kids young to be kind to one another when would they become adults they will be healthier and perhaps we could even change the world. If you look at the world today it is full of selfishness and narcissism. I don’t like talking about politics but how do you think Donald Trump became president? The reason he made it into the oval office is that he has narcissistic traits. I’m lucky to live in a city that is quite liberal and unfortunately, the rest of the country is highly conservative. But that’s a tangent. Back to empathy.

Empathy Class
If we taught empathy classes in school, I think what we would do is show people how to care about each other. I know that should be intuitive but unfortunately, it’s not. So if a disagreement or crisis happens in the classroom then we teach kids how to solve it in an empathetic way rather than just look at each other as enemies. One of the reasons that people are victims of verbal abuse is that there is no empathy between them.
If the children see each other‘s point of view then they have a better chance of solving the disagreement rather than digging their heels in and not being able to compromise. One of the greatest tools I learned in elementary school was I-Messages And I’m not talking about the text messages that we use with iPhones or Apple products. By the way that is totally not an advertisement because Apple does not pay me to pimp their stuff.
I-Messages are when you say things like: I feel sad when you call me stupid. Keeping it on the “I “ removes the blame off of the other person. You are owning your feelings and not telling the other person “you did this to me.”
Teaching children how to solve conflicts with I-Messages is one technique that could be used in an empathy class. Another thing is learning to see things from the other person‘s perspective and genuinely caring about that perspective. Seeing things from someone else’s point of view helps you to learn about other people and their unique qualities. It also helps you to be more understanding. If we teach kids empathy from a young age, then they will grow up to be more sensitive and empathetic individuals. As the world is now, people are sometimes abusive to one another with words. Words can cut to the core. they have the ability to hurt people deeply. If we taught people how to use words in a kind manner the world could be a wonderful place. I think about developing this empathy curriculum quite often. Since I have an educational background maybe this could be something really great. Perhaps I’m onto something.
If you took an empathy class, what would you want to learn? 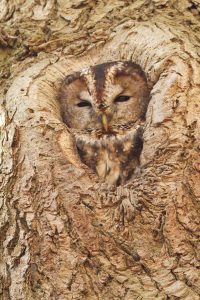