I’ve been living in Portland, Oregon since September and it was quite the culture shock. I’ve lived in New York City for entire life, 37 years. I was excited about a change but also scared. I was under the assumption that people were generally super nice here, which I perceived as a welcome change from New York where people were so abrupt and mean. I was in for a surprise when I actually arrived in Portland. My utopian fantasy was shattered when I started to see how people actually were. Listen, it’s enough to move to a city when I have multiple mental illnesses. But then, I had to spend the majority of the days alone (when the kids were in school) and while there are some people who actually love to be alone by nature, I am not one of those people.

After my excessive alone time, I decided it was time to make some actual friends as opposed to sitting in my house crying on the phone to all my New York friends but here is what I learned: people in the Pacific Northwest pretend to want to be your friend but they actually don’t. I’m getting ahead of myself. Here are some survival tips from a native New Yorker about how to survive in the PNW when you’re kind of an asshole, I mean from New York. I’m not sorry.

Okay, not “nobody,” but I can tell you as a weird, loud, blunt New Yorker I have had so many “first dates” with people. These encounters involved hanging out with our kids together too, which makes for an entirely additional factor. Our dates would be going to the playground, the zoo, hanging out at someone’s home while I awkwardly drank coffee that I didn’t like but was too polite to say anything about. So many wonderful first encounters. I was polite, said thank you, the mom had my phone number, but she never called me. Because she didn’t want to be my friend. I know I’m not a loser, as evidenced by the fact that I have several friends back in New York. But these people pretended like we were having an awesome time and then ghosted me. I’ve been crying in the fetal position ever since. I learned that most people here don’t actually want to be your friend. BUT the good news is, I found a couple people who like me! WOW.

People do not curse here. It’s weird because in my hometown “fuck” was a verb, adjective, noun, adverb and also something that we do to make babies or have fun. I think that’s a verb actually. Anyway, I made the mistake of saying fuck one too many times and I happened to be in a school setting and someone told someone and then I was asked to sign a contract saying that I wouldn’t use profanity on school grounds. I was tempted to sign the contract “Sarah Fucking Fader,” but I didn’t. I have some decorum within me. I refused to sign this ludicrous piece of garbage that wasn’t legally binding. But I learned that I could only say “fuck” around other people who also say “fuck,” and it’s hard to find those people around here because most people are smiling and saying “you’re fine.”

The majority of people here are passive aggressive, especially if they were born here. It’s extremely hard to deal with because you don’t actually know if they are telling you the truth or just being nice. Some of them are actually nice, which makes things even more confusing. It’s not fair. I hate everything. If you’re a blunt person like me, this sort of communication or lack of actual genuine communication will drive you insane. Don’t try to change these people, they won’t adapt for you. My best advice is to pick and choose who can handle your honesty by using your intuitive powers. There are also times when you have to be blunt and even though they won’t understand, it doesn’t actually matter. Just be yourself or don’t be depending on who you are talking to.

Because the default communication style is passive aggressive, when you are honest with people in the PNW they are terrified of you. The exception to this rule is if they aren’t natives. If someone is from L.A. they will be unphased by any of the things on this list. But people who were indoctrinated into the PNW culture and brainwashed are going to see you as a scary monster who wants them to die if you tell them the truth. You have to find some shiny object people who value honesty. They’re out there and I have found them, but they aren’t actually from here. You see my point?

The great thing about the PNW is that there are trees everywhere and they smell good, unlike the hippies who don’t wear deodorant. When you feel horrible because someone said something to you that you didn’t like or understand go outside and smell the trees. They will not judge you and when they don’t talk to you, you don’t have to take it personally. They can’t talk and it’s not their fault. Don’t blame them, please don’t, they are trying to be the best trees that they can.

There is hope for you! You can survive in this strange land of dishonesty and false niceness. There are actual kind people here. But it’s hard to tell who they are. So just remember to get to know someone first before you call them a friend. Chances are they will only hang out with you once before you scare them anyway. 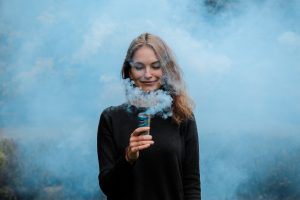