Home/Uncategorized/There is No Pizza Here
Previous Next

I’ve been despondent since September because there is no pizza in Portland. Yes, there are places that say that they serve something called “pizza” but they’re lying. Pizza doesn’t look like that. Pizza doesn’t taste like that either. Making pizza is an art form and if you don’t do it right, people from New York will look at you angrily and be hungry because now they have nothing to eat. Sure, these angry people could appear cold and emotionless, as if they don’t care about your feelings, but they’re not sociopaths, they are upset about the travesty that’s being presented in front of them. Let me show you what pizza actually looks like: 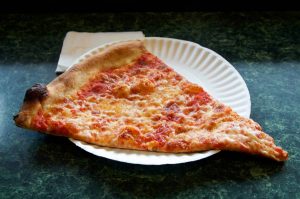 This is what New York pizza looks like and even a bad version of this is better than what exists in this town. I was absolutely horrified the first time I ordered pizza. The place that I called insisted that it was similar to New York pizza and it looked like this: 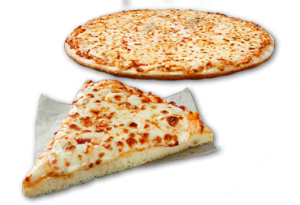 That is not pizza and please do not pretend that it is. Do not attach the word “pizza” to that horrible piece of garbage. You should be ashamed of yourself if you even remotely consider that thing to be in the same category of what is produced at Ray’s Pizza, Famous Famiglia, John’s Pizza, and other traditional pizza joints including of course Big Nick’s that exist in New York and serve pizza. I’m offended every time I see a “pizza place” here. I want to punch through the glass windows and demand that they close their restaurant immediately. I want to have my friends in New York send me real pizza in the mail so I can through slices of awesomeness at the employee’s faces. They deserve to be confronted with an authentic piece of pizza rather than a sham.

These people are liars and they are insulting us by trying to pretend that what they have produced is in the same category of greatness and the triangular wonder I grew up eating on paper plates or no plates at all. Plates were optional actually, and I

refused a paper bag when I was offered it because that was a sure fire way to compromise the integrity of the pizza. Don’t mess with perfection and real pizza has the ability to eradicate genocide and cure diseases. We want to acknowledge something beautiful rather than soiling its name with a product that is an imposter and not even a convincing one. It’s like a person wearing a white sheet and insisting that they are actually a ghost. That’s not convincing at all; you’re obviously a human in a sheet being ridiculous, and you should go sit down and eat some fake pizza while you’re at it.

I would like to start pizza education classes for those human beings who are unaware of what they are missing. You might not be upset if you don’t know what to look out for. That’s why I’m here to educate you. The first sign of a good slice of pizza is that the crust is thin but not too think. It should have a crispy feel to it as well. There is also a matter of the sauce, it should be seasoned properly. It doesn’t need to be too sweet because that will throw off the flavor of the entire pie. There should be a hint of garlic-y flavor in the sauce that makes the pizza irresistible. The last thing to be aware of is the cheese to sauce ratio. There shouldn’t be more cheese than sauce and vice versa. I have had both experiences and they are unpleasant.

I’m happy to guide you in the direction of a good pizza place. I’ve only found one here in downtown Portland called Escape From New York, and it served what I could comfortably refer to as “pizza.” However, the owner was from the Lower East Side of Manhattan. There you go!