There are people out there who don’t believe in therapy. I used to try to convince them about how therapy could help people. I felt like I was a therapy evangelist. I would stand on my soapbox and tell them why they were wrong. I’d try to sway them in the right direction. But, ultimately, it would leave me feeling frustrated and unfulfilled. You can’t convince someone to believe in something they don’t. It’s just like this: I believe in astrology. I used to try to convince other people about how accurate and wonderful astrology was, but they didn’t want to hear it. They told me I was anti-science and uneducated. That isn’t a pleasant thing to hear of course. So with therapy, it’s the same concept, I am not going to sit here and tell you to go to a therapist if there’s no way in hell you’re going to do it. I can tell you if you’re interested in learning the benefits of therapy. I can preach to you that there’s affordable or even free options out there. People will either want to hear me or they won’t. But there’s no use in me shouting louder about how awesome therapy is.

I am a big proponent of people getting the help and care they deserve. We all deserve to have a great life, and people with mental illness benefit from going to see a therapist. Sometimes seeing a psychiatrist and therapist together is the best combination. But again, I’m not here to tell you what to do for yourself. That’s a waste of my time if you can’t hear me. Telling people what to do is never productive. Presenting them with viable options if they’re open to them is the way to go. It’s the same thing for any unsolicited advice. If someone doesn’t ask you for advice, likely they don’t want to hear what you have to say.

Here’s a thought: ask the person this “are you open to hearing about therapy?” Then you can gauge their reaction and react accordingly. Don’t sit there and spout the gospel about how therapy is going to change their lives. Another thing I do is share my personal story about how therapy has helped me. People often learn through modeling or examples. If you can show them proof that something worked for someone else, they’re likely to consider that concrete evidence rather than an abstraction.

Have you ever tried to convince someone to do something? Has it worked for you? I’m seriously curious about this. I would like to know what your success rate is for trying to make someone do anything including (but not limited to) going to get mental health care. I’ve seen this be successful with addicts at times. You say to the person, “listen either you get help or get out of my house.” Sometimes that shocks people into reality. But in terms of therapy, I’m not sure. The person has to be ready to get help. 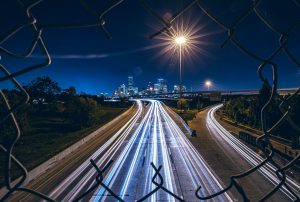